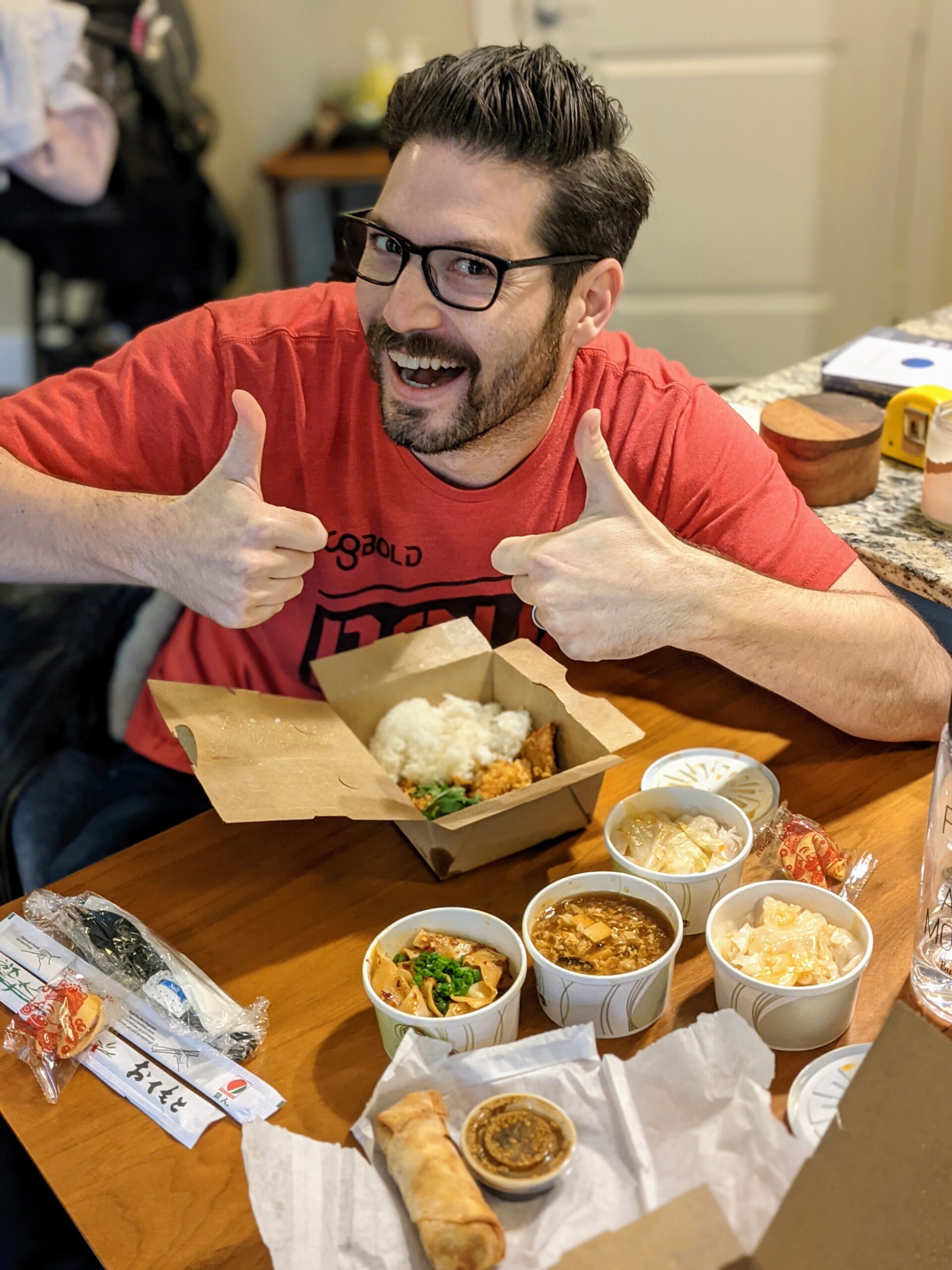 Designer, food enthusiast, and Rube Goldberg machine fanatic, I grew up in Holmdel, NJ – a stone’s throw away from the Jersey Shore. Early on, I developed an interest in contraptions, puzzles, learning how things work, taking things apart, and constructing. I eventually traded in my K’Nex for a computer and began tinkering with Macromedia Flash (now Adobe Animate). My first creation was a fighting stick figure animation strongly influenced by the Xiao Xiao animation series and The Matrix. (NERD ALERT)

The design-freak floodgates had been opened. I pursued a degree in Fine Arts with a concentration in Graphic Design from The University of Pennsylvania. During that time, I worked as an intern in MTV’s On-Air Design department and later at Showtime in their Digital Design department where I mastered a variety of tasks including buying mannequin heads for my bosses and creating some badass program interstitials and online content for Dexter, Weeds, and Nurse Jackie.

After college, I joined Barbarian (fka The Barbarian Group), a digital advertising agency in NYC, creating awesome things on the Internet for clients like Samsung, Quaker, GE, and Pepsi.

I then worked at indie digital agency Kettle and spent much of my time in Silicon Valley designing websites for the world’s most notorious mobile device brand. My work on one of their projects was recognized as part of a Cannes Lion Grand Prix award-winning campaign.

My design skillset expanded to include motion and animation at Turner Duckworth, a renowned branding design studio. There I helped some of the biggest brands in the world define how they look, move, and feel in digital and interactive spaces. The scale of my work ranged from minuscule (16×16-pixel website favicons) to the largest placements in the world (Times Square takeovers, sporting arena wrap-around screens, and the exterior face of the tallest building in the entire world).

When I’m not risking my eardrums rocking out to death metal or making lists of the lists I need to make, I can be found, camera in hand, eating my way across whatever city I’m in. Let’s grab dumplings or coffee and chat about your design, motion, and animation needs.